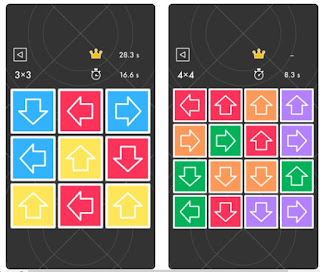 Dir Square comes from Zhuoliang Fu. The object is to slide the tiles up/down & left/right so that all the colors line up either in rows or in columns. 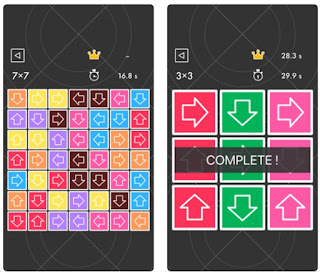 ﻿
﻿
We've seen this type of puzzle many many times. It's often described at a 2D version of Rubik's Cube.