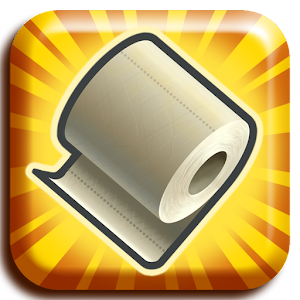 Men's Room Mayhem is described as a puzzle by the iTunes store  people. 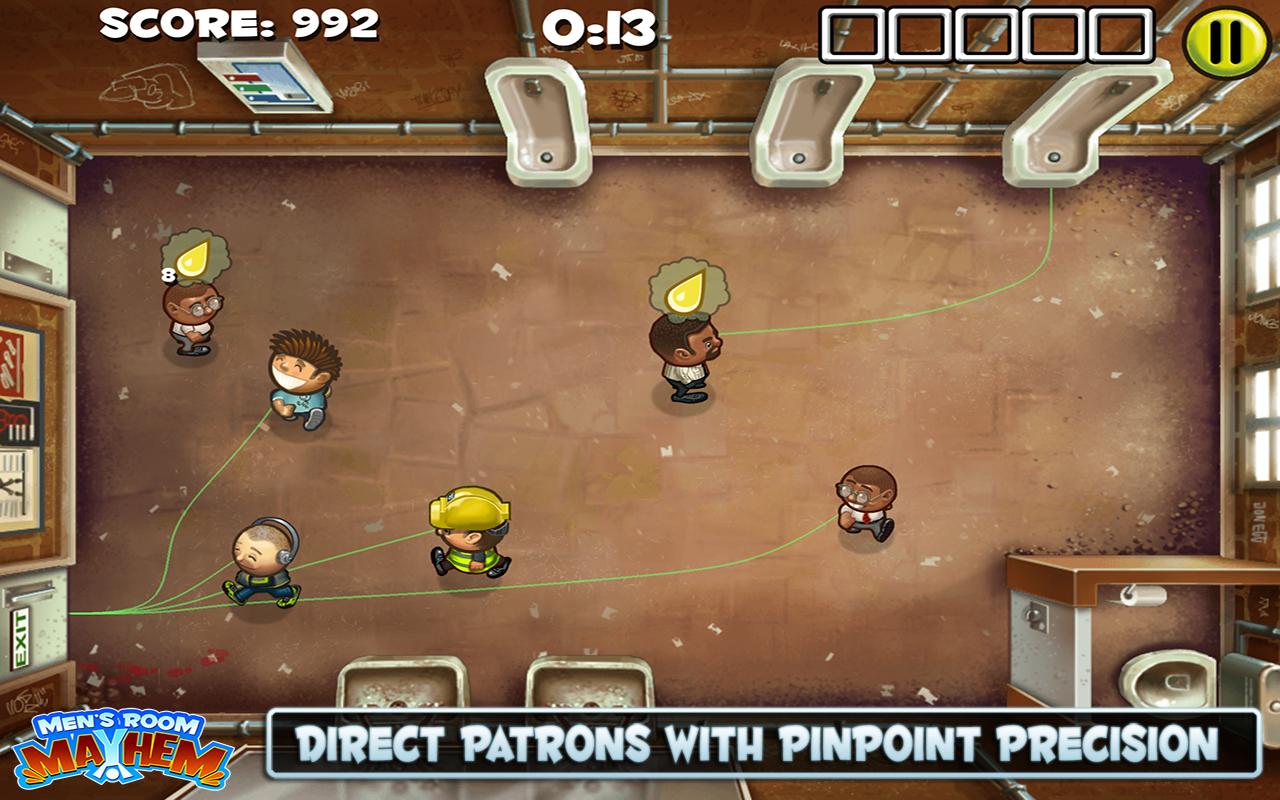 I have a weakness for juvenile bathroom humor.

Various patrons enter the restroom and your task is to direct them to the urinals and toilet, then to the sinks and finally to the exit.

Patrons will cross paths and get into fights if they bump into each other. When all is said and done, your final task is to scrub the urinals, toilet, sinks and blood stains on the floor from all the fighting.


The original concept for a game like this had something to do with a Harbor. The objective was similar: get the ships to the piers, unload/load and then exit. Don't remember the title of that. But it was popular.
https://itunes.apple.com/us/app/mens-room-mayhem/id579290560?mt=8
Posted by Tom Cutrofello at 2:38 PM No comments:

Smoosh! is one of those 'slide your man until it hits an obstacle' maze puzzles. Although in this case, Your Men, are known as Blops.

Here's what's interesting:
1. Mix Blops to get the right color.
2. Passing over a black square = death.
3. Cubies with arrows on them indicate that they can rise and fall. In the up position, they act as walls.


There are 120 Free Levels and I solved about 85 of them pretty quickly, including  the last 40, theoretically the hardest. They're not hard.


The 60 Premium levels are in Platforms 7, 8 & 9.  I got to do 1 in each for free.  These included new elements like reflectors and squares that redirected your Blop's paths.


I really like the graphics overall. There's a good deal of charm here. Casual puzzlers will enjoy Smoosh! 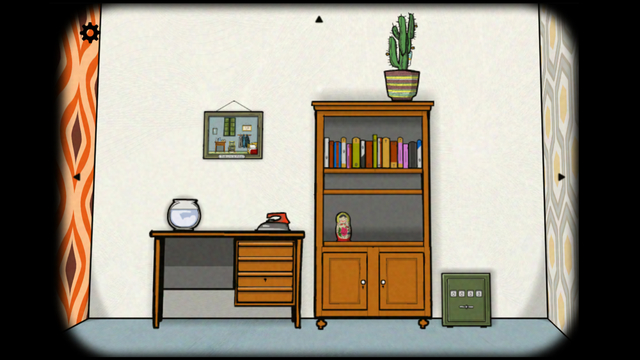 They have 9 games as apps and I've played 6 of them now.

Most of the puzzles are at the medium level.  The hardest puzzle was Lifting the Books, which I really liked. There are multiple solutions to that.

The 4th part of the game was a timed piece. It took me about 6 times to figure it out.
In the end, I felt like the mystery still left me hanging. There's really no plot. Like all the other games in this series, there's a crazy psychopath 'out there' with very serious hallucinations in his head.


Oh yes, let's not forget that there's always a youtube walkthrough in case you get stuck.  I confess that I consulted it once.


I've got 3 more of these games to play. Saving them for a rainy day.
https://itunes.apple.com/app/id1020664488
https://play.google.com/store/apps/details?id=air.com.RustyLake.CubeEscapeCase23
http://www.rustylake.com/apps/
Posted by Tom Cutrofello at 10:47 AM No comments:

Beyond 14 By Mojo Forest

The object: place the given number somewhere in the grid. Like numbers that are contiguous vertically/horizontally/diagonally will merge.


I've played Beyond 14 several more times.  Not getting beyond 14 would be a total failure, This game is relatively easy to Stay Alive because you always know the next 2 numbers.
https://www.facebook.com/beyond14game
https://itunes.apple.com/app/beyond-14/id1097469600?ls=1&mt=8

Posted by Tom Cutrofello at 9:11 AM No comments:

This is the 2nd Point Scoring Game of 3 this week that I'm writing about.
Piotr's description:

Rules are simple:
• Each dot has a colour and number
• Connect two dots to create a dot with higher number and earn points
• Dots can be stacked up vertically and horizontally
• Plan your moves
• Do as many combos as possible
• Watch out, your space is limited 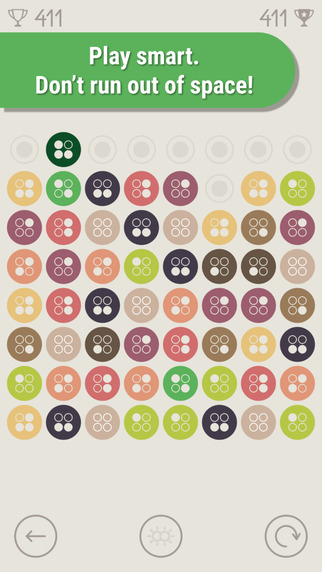 Tom's thoughts:
1. It's easier to play this game with regular decimal numbers, which is an option.
2. This game can take a long time to play. A very long time.
3. Once a tile reaches 16, it disappears.
4. Getting a combo doesn't really get you extra points. But it does prevent a new tile from being added to the board.
5. This game would play better with a smaller grid. It just takes too long too lose.
https://itunes.apple.com/us/app/binary-stack/id1108093235?mt=8


Posted by Tom Cutrofello at 2:15 PM No comments: 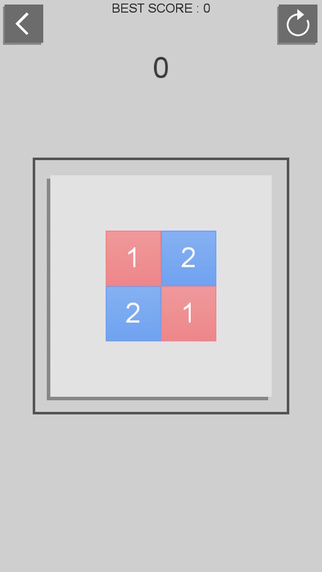 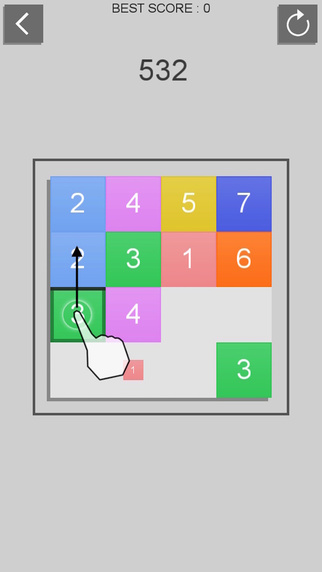 Recently I've been playing some new Point Scoring puzzle apps. Today is the first of 3 reviews this week. 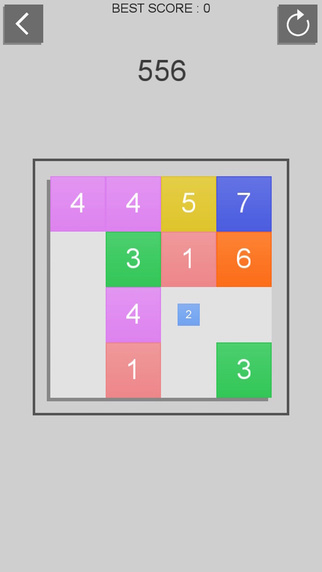 Sang Moon Joo has produced a bunch of really good games recently. Number Push is very similar to Slide 123 (see link below).
Random numbers pop in the grid. After each one, you must slide a number vertically/horizontally. Like numbers will combine. Combos yield more points etc.
At first, I didn't like this game.  But I played it probably 20 times. It goes fast.


Update on Hex 22: previously, I was frustrated when my very high scoring game did not get saved. I figured out why - your ipad must have wifi connection at all times.

Posted by Tom Cutrofello at 10:45 AM No comments: 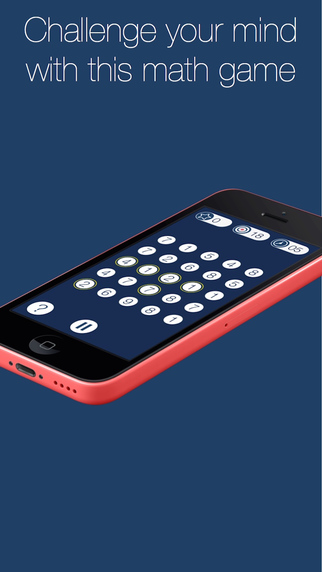 Chisla – Math puzzle and brain teaser with cool arithmetic challenge is a point scoring math puzzle app game.  The object is to tap on the numbers that add up to the target at the top center of the screen.

Here's where it gets interesting.

In the Normal mode: tiles disappear when you use them. However, when the tiles in a single row are all used, new ones will pop up to replace them. You always need lots of numbers in this game.

In the Advanced mode: tiles can be used 3 times before disappearing.  Again, when all the tiles in a single row are gone, new ones will come to life.

Posted by Tom Cutrofello at 11:31 AM No comments:

A Noble Circle By Amirali Rajan

A Noble Circle comes from  Amirali Rajan. It got sky high rave reviews.  It's also similar to Flatland, the Victorian novel, where men are polygons and women are dangerous lines that can puncture the men.

The objective of the game is to move Your Man, a polygon, ever upward and avoid the spinning lines. I did not complete this game.  I'm not sure I want to.  I got through  about 10 levels.


If you have solved A Noble Circle, please tell us in the comments section: is there more to this game than just dodging? Should I stick with it?
https://itunes.apple.com/us/app/a-noble-circle/id977865620?mt=8
Posted by Tom Cutrofello at 10:44 AM No comments:


The Case of the Missing Fractals


The Dice You Never Knew Your Needed


Play this App to help fight Alzheimer's
Posted by Tom Cutrofello at 11:19 AM No comments:

The objective in Skill Game is to trace a path through all the numbers as quickly as possible without crossing any lines.

This game would be more interesting if paths could not be drawn through other number dots, but you can.

Posted by Tom Cutrofello at 3:06 PM No comments:

RIBBONS - Puzzle Game by J Bruce is very similar to the many laser puzzles I've reviewed over the years. The object is to place reflectors along the grid so that the colored ribbons will get to their destinations at the exact same time. Numerous times I solved the puzzle, but didn't get the timing right. But eventually, I solved them all.

A lot of levels already have reflectors in place. Those were really meant to restrict movement.


Other Ribbon Puzzles
The Weaver
Ribbon Puzzle
TAPES - similar to Colorbind. Excellent
Woven - easy
Colorbind - the first of its kind. Genius
Posted by Tom Cutrofello at 8:45 AM No comments:

Loyal Blog Follower David Cole alerted me to Move: A Brain Shifting Game. It's one of those games where all the men move at the same time. The objective is to get the red man to the red square etc.

We've seen this type of game many times before.  See list below.


What's particularly good about Move: A Brain Shifting Game? The easy levels are super easy. I did about 100 levels in 25 minutes.  The graphics are very good. There's almost no delay between puzzle levels. Little ads pop up, but they are a minor burden.
I don't know who WarrenO is, but he solved all 1200 levels and rated it 5 stars on the App Store.
I did not buy the full version but I did sample 10 levels from the hardest levels. They didn't seem too hard.
https://itunes.apple.com/us/app/move-a-brain-shifting-game/id704403889?mt=8


Movez  Pretty much the same as Block Mania but it has 1680 levels. I've solved 592 of them. That's probably enough.
Frozen Ice Cubes  What's different: there's a point of 'no return'.
Escapology, reviewed by Nicola Salmoria. He told me about this game ages ago. I played it and enjoyed it, but never blogged about it.
Block Mania Similar to Movez
Move Puzzle - A Funny Strategy Game, Matching Tiles Within Finite Moves
Zink
Vubu What's different: the vubu men have different powers. Very sophisticated, very intelligent. Possibly the very best in this genre.

Posted by Tom Cutrofello at 2:12 PM No comments:

The object is to move Your Man, the blue dot, on the bottom, to the green dot.  The top half of the screen is what you watch to avoid the boundary and the black dots.


Interesting: The green dot is often not shown at all. However, as Your Man approaches, his color turns more greenish.


Very Interesting: The top image is sometimes a simple mirror image of the bottom screen. Sometimes it's a rotation.  On the harder levels, it switches back and forth rapidly.

Their Description
Are you ready to have your spatial awareness challenged? If so, FlipFold is for you! FlipFold is a new type of puzzle game never before seen, at least that is what we hear from everyone we have shown it to!

The only movements allowed are folding rows and columns together, and flipping one side to the other on both the horizontal and vertical center axis. Each movement can clear the gems if they are the same color. When you fold gems that are not the same color then they will switch places. You can also move gems around by flipping them to one side or the other, if there is an empty space for them.

Features 20 unique levels which are never the same. Another 20 are already planned with new challenges. They start off easy, but don't let that fool you.

Watch out, sometimes levels are not beatable due to randomization. So, let the hair ripping and headaches begin!

Seriously, we hope you enjoy it and spread the word about it to others. It is a great time waster that is easy to pick up but hard to put down.

A color blind option is available, which will make the center of the gems have numbers. The same gem color will have the same number.

Tom' Thoughts
I've never seen a puzzle app game like this before.  It's interesting. As you solve each puzzle, you progress to the next level. However, if you lose, it sends you back to the beginner levels.  Not sure I like that.
Interesting: on the harder levels: gray blocks appear. They can never change positions.
'Some levels are not beatable'?  Are they nuts?!

Posted by Tom Cutrofello at 10:01 AM No comments:

99 Clocks By Indigo Bunting is a dexterity puzzle app game.  The objective: as the clock turns, tap on the screen and it will shoot down another clock. Provided that your aim is good.

This game is fun!  The only drawback is that you have to watch some ads - otherwise you have to restart from the beginning.  I paid $1.99 because I got tired of the ads.

I solved all 99 levels. There's an addictive element going on. This is definitely the kind of game that could go viral.
https://itunes.apple.com/us/app/99-clocks/id1086982905?mt=8


Other News
A Noble Circle is free, at least for today. I've heard good things about it but have not played it. Update: it's no longer free.  Sorry.

Posted by Tom Cutrofello at 8:34 AM No comments: