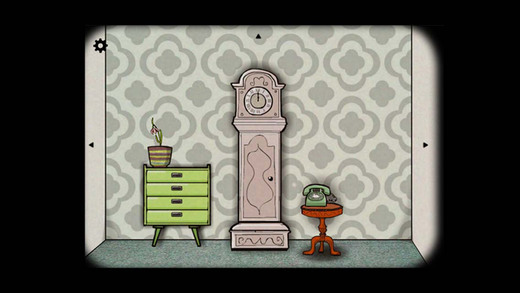 Loyal Blog follower William H. recently contacted me about this Escape the Room puzzle: Cube Escape: Seasons.
I've never been a big fan of this genre. Too often there's a clue/object that's tucked in a corner or under a table and I don't want to tap every square inch of every slide to find it.


This particular game is quite good.  In fact, it's kind of creepy. There is a walkthrough. I confess that I needed it to find one of the picture pieces. In my opinion, it was unfairly hidden. Nevertheless, this is one very cool game.


My favorite clue/puzzle piece was the wire hanger because it's particularly harder for younger puzzlers.

Undoubtedly the best escape game I've ever played (and I've played a lot of escape games)!! I cannot get over just how beautifully designed this series is! I've never even written a review until this game, it is that good! If I was you I would get both in the series then give yourself adequate time (I don't remember how long it took to play them I found them in the middle of the night started playing instantly lost track of time and didn't stop playing until I was done) get comfy start playing and enjoy!!! Oh and they've also got a creepy side which you really don't expect at first uhh they are so good I won't say any more!! Have fun!!!

Again, one of the best horror/escape games I've played! I played the previous one "Cube Escape: The Lake", and I thought that one was fantastic! But this one is even better and even more creepy! It is so suspenseful because you never know what's lurking in the room when you click on objects! And has a physiological, horror aspect to it that is so unique compared to other escape games out there. And be warned, there are a lot of jump scares and sudden, loud music! But that just adds to the fun and beauty of it! Its beautiful and disturbing, with challenges, and constant scare!