Yufeng Long has produced a very mathematical puzzle game app called Chinese-Puzzle.  The object is to change the color of groups of circles so that all the circles will be the same. 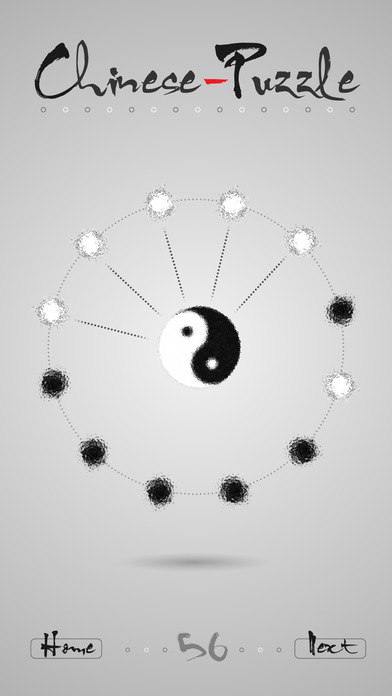 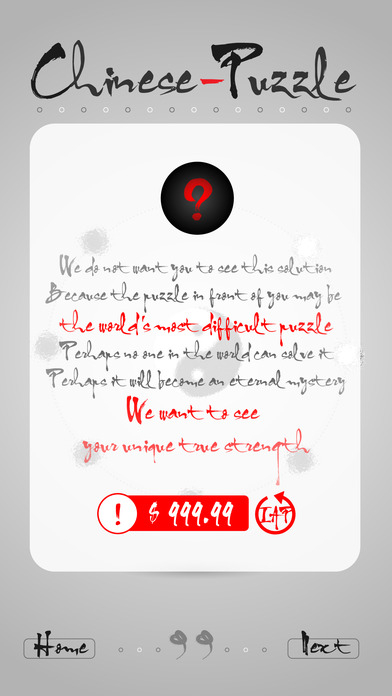 There are 99 Yin levels and 99 Yang levels.
Without a doubt, they get pretty tough.  I did about 25 levels altogether.
I really like Yufeng's own description:
A CHINESE PUZZLE, A WORLD PROBLEM.
Last week, More than 130,000 Chinese testers, no one can solve the all levels.
Finalist of GMGC2016 Indie Pitch Arena.
.
I am a Chinese independent game developer, six months ago I designed a puzzle game "bdpq", fortunately it was featured by Apple in "Challenge Your Brain". This six months I have been thinking about how to design a new game that can go beyond it, more able to challenge the limits of human intelligence. After dozens of program attempts, I seem to find the way.
The source of Chinese civilization wisdom is Tai Chi of I Cing, it uses the most simple yin and yang conversion to explain the secret of all things change, thus affecting the Chinese civilization development for thousands of years. I have been thinking about how to make such a thought can be understood throughout the world as a simple game, so that everyone can experience this ancient wisdom, infinitely changing from simple changes
HOW TO PLAY
Swipe to select some dots.
Click the Tai Chi to change the color of the dots.
Change all dots to into the same color.
In the testing process we found that the Yang levels of the game is relatively simple, but the difficulty began to rise sharply in Yin leves, I even suspect that no one can solve the last level. Last week, More than 130,000 Chinese testers, no one can solve the all levels. So I made a "most expensive purchase" to remind you that it may be the world's most difficult puzzle, I hope you can solve it with your own brain.
Forgive my poor English :)
Sleeeeepfly Studios
Yufeng Long
https://itunes.apple.com/us/app/chinese-puzzle/id1157805434?mt=8

If you like Chinese-Puzzle, then you will certainly like the mechanical version known as Writer's Block from Oskar van Deventer. The object is to push the buttons using a certain key. The key pushes the buttons for 2 different groups of numbers.  Challenging.