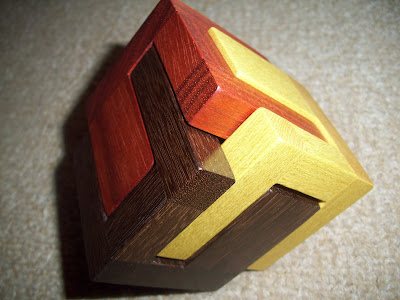 Bram Cohen is quickly designing a slew of interesting puzzles. 3 identical pieces. 8 moves to assemble. Made with yellow heart, blood wood, and mahogany. Expertly crafted by Tom Lensch.
Posted by Tom Cutrofello at 11:02 AM 1 comment: 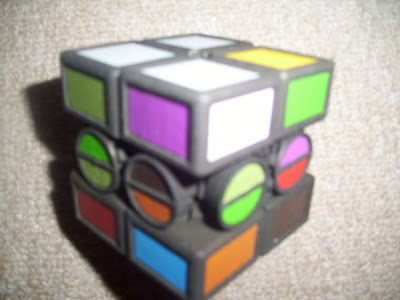 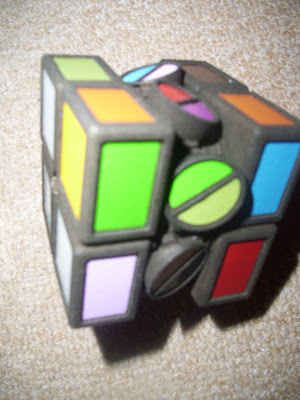 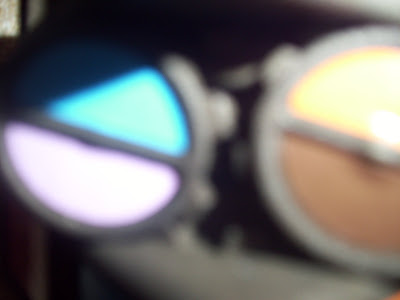 This Mechanical Puzzle Correspondent is the proud owner of Bram's Cube - $440. The top and bottom resemble a normal 2x2x2 Rubik's Cube. Sandwiched in between are colored discs that rotate when you spin the top or bottom. Look closely and you'll see the internal gears. There are many twisty cube variations - this is the only one that has this strange disc alignment. Solving time: so far about 1 hour and still in the exploring stage.
Posted by Tom Cutrofello at 9:15 AM No comments:

This Mechanical Puzzle Correspondent is at the Gathering 4 Gardner Convention. Uri Levy from Israel has created a new version of the timeless classic Tower of Hanoi. There are several versions. Interestingly, although the traditional TOH has a binary solution, Magnetic TOH has a ternary solution. Bravo Uri!

http://www.numerit.com/maghanoi/The%20Magnetic%20Tower%20of%20Hanoi.pdf
Posted by Tom Cutrofello at 1:17 PM No comments:

Season 2 Jack is performing surgery on Ben. As soon as Ben is knocked out with anesthesia, Danny (one of the Others who is guarding Sawyer & Kate) says "Shephard wasn't even on Jacob's list." 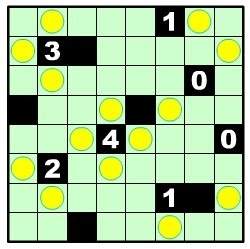 As iphone puzzle games go, this one costs a bit more: $2.99 for just 50 levels. Nevertheless, when viewed in the context of playing time - it's good for 2-3 hours - less than the price of a film.
Posted by Tom Cutrofello at 9:25 AM No comments: 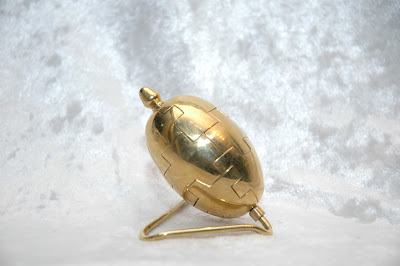 Rocky Chiaro has been making exquisite brass puzzles for about 20 years. Besides being clever & fun, they look great in a display case. The photo above is Eggcite. Go to his website and check out his key puzzles. Boston Key Party and Helsinkey are his gems. Jack is BIG and HEAVY. The nut and bolt puzzles all have different solutions. Did I mention that Rocky's a heckuva nice guy?

http://brasspuzzlesbyrocky.com/destinations.htm
Posted by Tom Cutrofello at 8:53 AM No comments:

It's been 30 years. Back to the future. The Rubik empire has produced a wooden version. Except for the stickers - it's wood inside & out. A must have for, well, people like me & you.

In the most recent episode, John Locke announces that he's leaving the island (with others). Is he going to Los Angeles to meet up with our never-became-castaways?

Season 2 or 3:
When Jack divorces his wife Sara, they meet at her lawyer's office. Jack says: what's his name? You can have the cars, the house, everything, what's his name? Sara refuses, Jack storms out.

Jack then starts going through her cell phone records to find the name.

Theory: the other man was Jacob! Evil S.O.B.

We still don't know how Jack got his elaborate, mysteriously smbolic tatoo. When/where? Does the 'alternate universe' Jack have the tatoo? Probably not.

Planet of the Apes? Remember when Sawyer, Jack & Kate are first captured by the others? Carl helps Sawyer escape and Juliet promptly shoots a dart into him. The 60 second scene contains very similar music to Planet of the Apes when Charlton Heston is running through the corn field being captured.
Posted by Tom Cutrofello at 5:19 PM No comments: 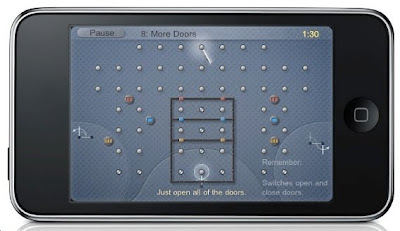 Seth Lipkin has created this admirable puzzle app. The object is to get the swinging white wand to a certain location and avoiding swinging red wands. There is a logical maze element by having to open/close doors. This puzzle app may not appeal to puzzle purists who don't want to deal with a timing mechanism. Reflexes are required! You may solve the puzzle mentally and have difficulty implementing the correct thumb action.

We applaud Seth for a fun game!
Posted by Tom Cutrofello at 11:02 AM No comments: 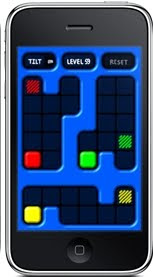 Kory Heath has done an admirable job creating 100 tilt maze puzzles. Tilt mazes: the object moves all the way until it hits a wall. 99 cents for 100 puzzles that will last about 3-5 hours entertainment - BARGAIN.

http://www.koryheath.com/category/blockhouse/
Posted by Tom Cutrofello at 11:20 AM No comments:

Puzzles for the bathroom 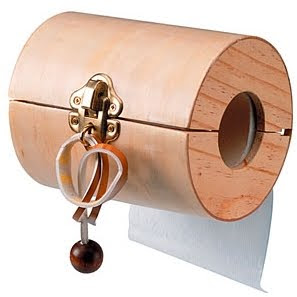 Many people read in the bathroom. Some do crossword puzzles. It is never recommended that one do mechanical puzzles in the bathroom - for obvious reasons.

Nevertheless, we feel compelled to highlight this puzzle. Ideal for when you're having a cocktail party.

http://www.taylorgifts.com/item/dont_p_me_off_toilet_paper_holder/29524
Posted by Tom Cutrofello at 10:20 AM 2 comments: 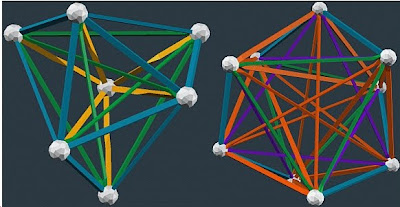 Ed Pegg's site: mathpuzzle.com is superb on so many levels. Bookmark it & enjoy!
Posted by Tom Cutrofello at 7:44 PM No comments: 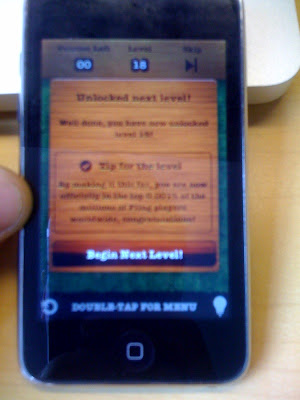 I've written before about Fling! There are 25 levels. Having just completed level 18, the message says:

By making it this far, you are now officially in the top 0.001% of the millions of Fling players worldwide, congratulations!
Posted by Tom Cutrofello at 10:01 AM 2 comments: 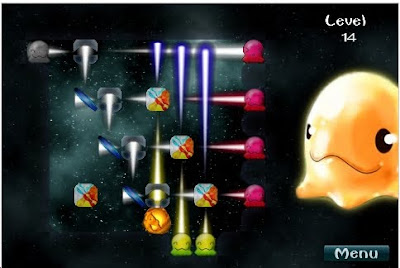 Slime Lumia is identical to the Nintendo DS puzzle game Prism. The object is to illuminate the funky aliens with the correct colored light. Things to manipulate: the light beam, mirrors, splitters, prisms that create red, blue & yellow rays from a white ray.

Prism will cost about $15 but has better graphics.
Posted by Tom Cutrofello at 9:09 AM No comments: