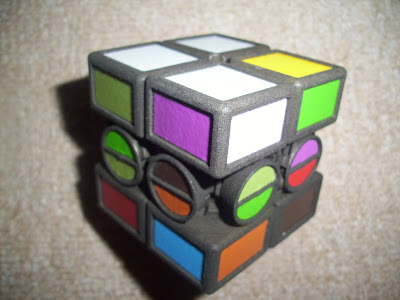 I put this puzzle down for the last 2 months. Decided to pick it up while watching a movie. 1 new idea....and the puzzle became simple! Solved in less than an hour.

Update: scrambled it again, situation is very different. Must figure out supplementary algorithms.
Posted by Tom Cutrofello at 2:06 PM 1 comment: 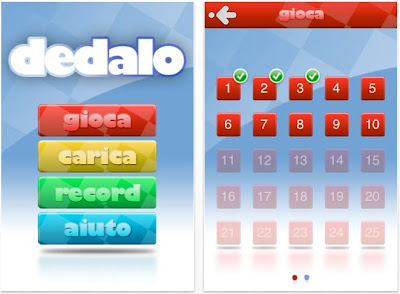 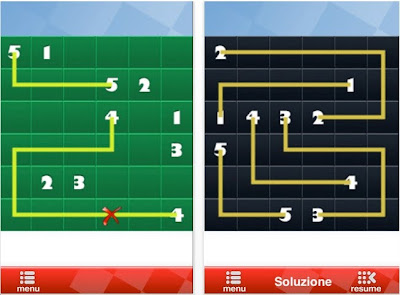 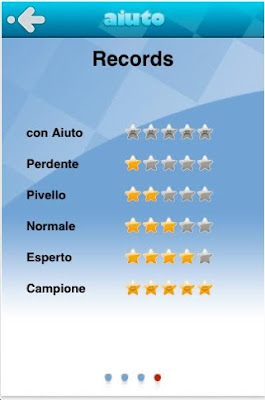 My Italian publisher produced an iphone puzzle app for Lab Mice Puzzles. The user interface has a different feel to it. Please download Dedalo and review it on the App Store. Grazie! 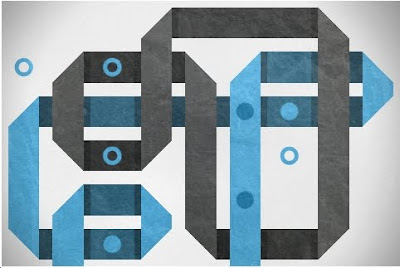 Colorbind is the brainchild of Daniel Lutz. The object: move and wrap the blue ribbon over the blue dots. Do the same with each color. There are a couple of other rules - better that you discover them yourself.

Spoiler: Some dots cannot be covered with 2 different colored ribbons while other dots can be covered. There's no way of knowing! So, you may discover a solution that's arbitrarily not valid. This Mechanical Puzzle Correspondent has solved 80/84 levels over a 2 week span.

$1.99 provides many hours of challenges & entertainment. Far less than the price of a movie or even a Starbucks coffee. Bravo to Daniel Lutz who created these very unique puzzles.
Posted by Tom Cutrofello at 8:19 PM 1 comment: 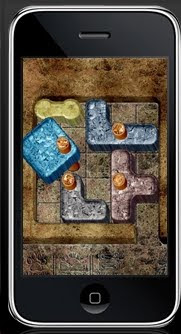 Do you watch the news? CBS? CNN? FOX? MSNBC? I usually listen to the news while playing various puzzle apps on the iphone. Gold Mine is pretty darn good. The object is to swivel each piece around its fixed point and smuggle the gold nugget out. Some would consider this an advanced form of Rush Hour. 80 levels for $2.99 Well worth the price. I completed all levels in about 2 weeks. #68 took me the most time. Bravo to Alex Polonsky & Boaz Feldman for a great set of challenges!
Posted by Tom Cutrofello at 4:24 PM No comments:

Many years ago, a Law teacher came across a student who was willing to learn but was unable to pay the fees.


The student struck a deal saying, "I will pay your fee the day I win my first case in the court".


Teacher agreed and proceeded with the law course. When the course was finished and teacher started pestering the student to pay up the fee, the student reminded him of the deal and pushed days.


Fed up with this, the teacher decided to sue the student in the court of law and both of them decided to argue for themselves.


The teacher put forward his argument saying: "If I win this case, as per the court of law, the student has to pay me as the case is about his non-payment of dues.


And if I lose the case, student will still pay me because he would have won his first case.

So either way I will have to get the money". Equally brilliant, the student argued back saying: "If I win the case, as per the court of law, I don't have to pay anything to the teacher as the case is about my non-payment of dues. And if I lose the case, I don't have to pay him because I haven't won my first case yet.


So either way, I am not going to pay the teacher anything".


This is one of the greatest paradoxe ' s ever recorded in history.

Everybody: join this site http://thisisquitegood.blogspot.com/
Posted by Tom Cutrofello at 7:23 PM No comments: