Murillo Frias contacted me months ago about his puzzle app game Squares - Puzzle. At first, it seemed like another 'move Your Man over every square and get to the destination' puzzle.  In fact, it is, but there are some new elements. 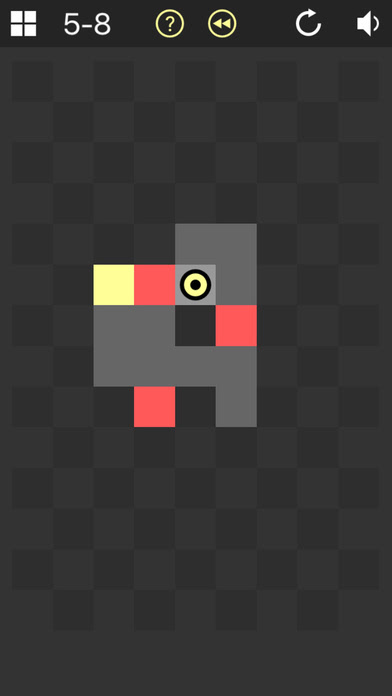 The round dot is Your Man and must traverse across all the gray squares and then enter the yellow square.

The Light Gray squares: must be crossed over twice.
The Purple squares: landing on them is like sliding on ice. Your Man will land on the next square.
The White squares: can be landed on as many times as you like.
The Black squares: must be pushed to its destination at the same time Your Man must cover every square.
The Red squares: either move places or shrink. Landing on 1 red square may affect the other red squares.

Squares - Puzzle is highly polished.  My only criticism is that the gray squares could be more contrasted with the black background. The levels start out easy but they get very challenging. 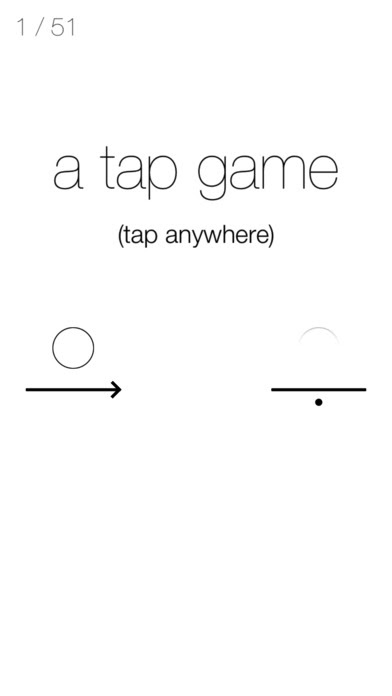 Kyle Gorlick is the author of atapgame. It's a dexterity/timing game.  The objective is to tap on the circle to launch it into space - to ultimately land at its destination. Without colliding into moving line segments.

It's not very hard game. But it's well designed and fun.  Options include changing the circle to some other images - including your face.

Altogether there are 51 levels and I'm stuck on 45, which I think is too hard! 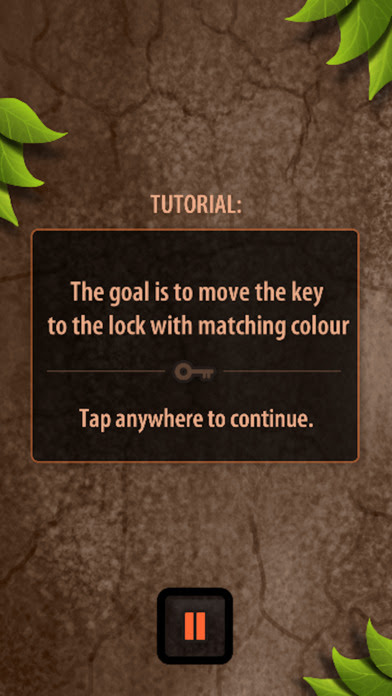 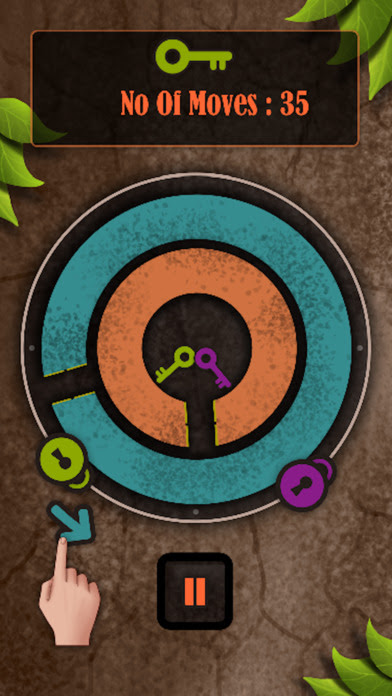 The goal of Combilock is to get the 2 circles to align their holes directly against the locks.

The opposite occurs when you tap on the outer circle and move left/right.

Combilock is tough! The concept is unique. I've only solved it twice.

Go the company's homepage, bottom link below. Watch the video - short, but fabulous.

Christian Schnellmann has made Logistricks for Galliker Transport AG, which is a Swiss Trucking company. I have never been to Switzerland, but I can tell you this: if I need a trucking service, anywhere in Europe, I'd contact Galliker, just because of the fact that they commissioned a puzzle to be made.

So what's the game about? The object is to transfer the boxes from the ramp to the correct truck.
Elements:
1. Swipe in any direction and all boxes move until they hit an obstacle.
2. Pallets are obstacles and they can be tapped out at any time.
3. Some boxes must be moved within a certain number of moves.
4. Some levels must be completely solved within 5 seconds.

The graphics are clean and crisp.  Logistricks is FREE. 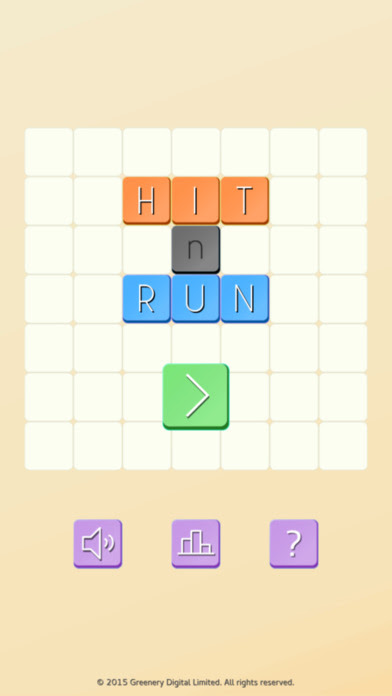 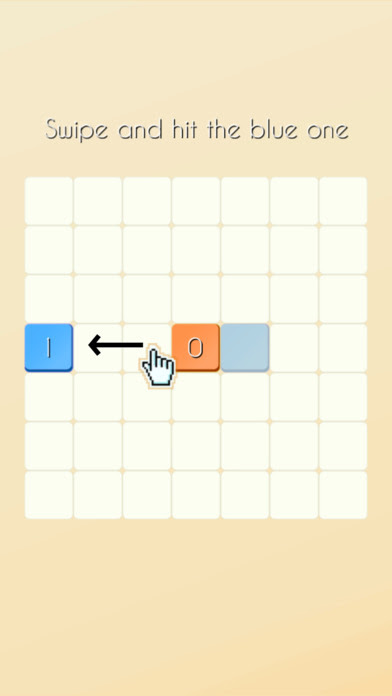 The other day I was looking for an old puzzle app. I don't remember the title, but it's no longer available.  HIT n RUN was similar in title, and it popped up.  I love this game! 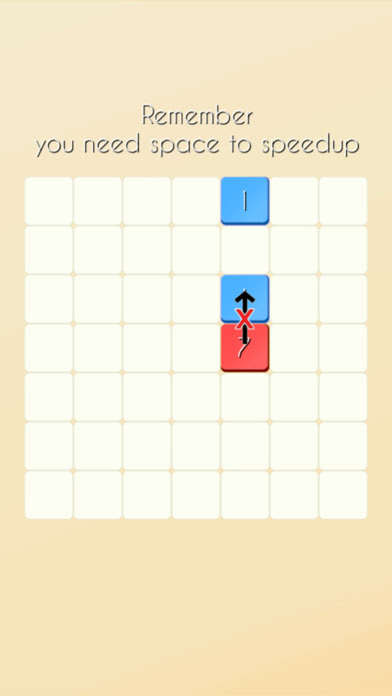 HIT n RUN is a point scoring game.  The object is to stay alive as long as possible and score as many points. Every time you move Your Man, the orange square,  you get 1 point for the move.  If you crash into a blue square that has 3 on it, you get 3 additional points.

Your Man will die if he lands next to a piece that he's not crashing into. No image above to show you an example.

There are other things that you have to figure out for yourself. Like how the blue squares merge. And how they will try to box you in.

I still can't figure out why the orange square turns red temporarily and what the significance is.  The folks at Greenery have a web page - all in Korean - but not contact info.

I can't stop playing it. I make my moves too quickly. This game is a winner.

https://www.dailysabah.com/life/2017/03/10/how-one-turkish-man-discovered-his-lifes-calling-in-puzzle-making
Posted by Tom Cutrofello at 9:24 AM No comments: 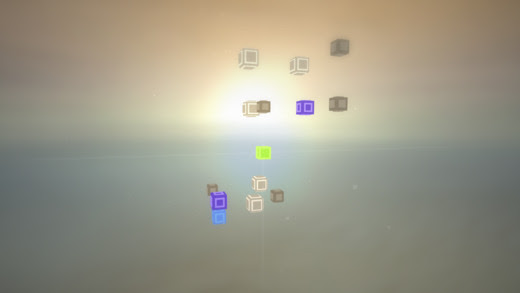 The object is to get the green cube to the target, which is the light blue cube.

When you slide the green cube - in any direction - it must hit an obstacle. Same concept as Lunar Lockout, except the green cube is the only one that can travel. 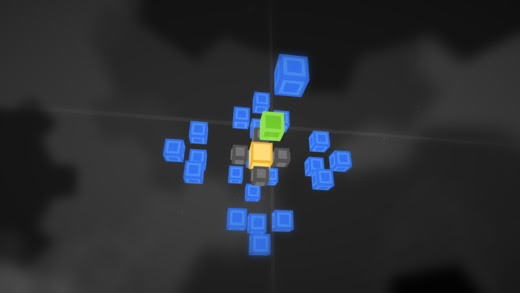 The purple cubes are wormholes.  They require a lot of trial and error in order to determine which are the matching pairs.

Very cool: at any time, you can zoom in/out and rotate the perspective.

After playing the Free version, I decided to buy the full one.
https://itunes.apple.com/us/app/zegame/id991958457?mt=8
Posted by Tom Cutrofello at 4:57 PM No comments:

Kenneth Isaacson is the author of Laser Glow. It's a laser puzzle that uses only a 4x4 grid. 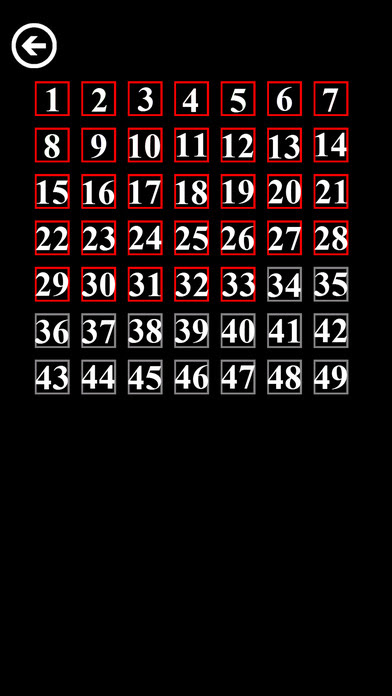 What's interesting:
1. Some of the levels are tricky.  I tweeted that level 19 was impossible. Actually, it was just fine.
2. The yellow squares are fixed and no mirrors can be placed on them.
3. The white dots on the grid: the beam must pass through it.
4. The black dots are on some of the mirrors and those mirrors must be used.

The menu indicates there are 49 levels. But there are 47 and I solved them all.


Posted by Tom Cutrofello at 6:33 PM No comments:

Find 2 consecutive integers such that, the sum of the digits of the first number is divisible by 7.  And so is the second number.
Posted by Tom Cutrofello at 9:24 AM No comments: 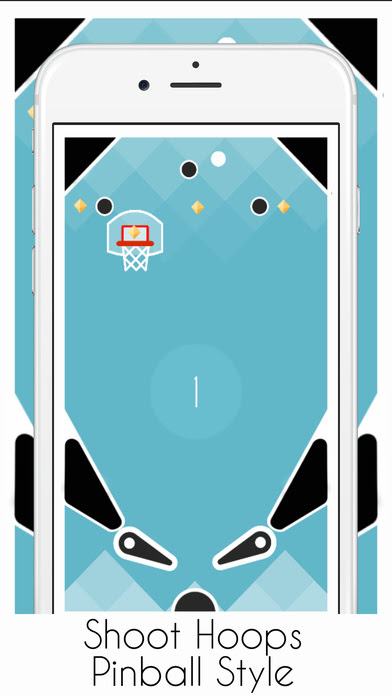 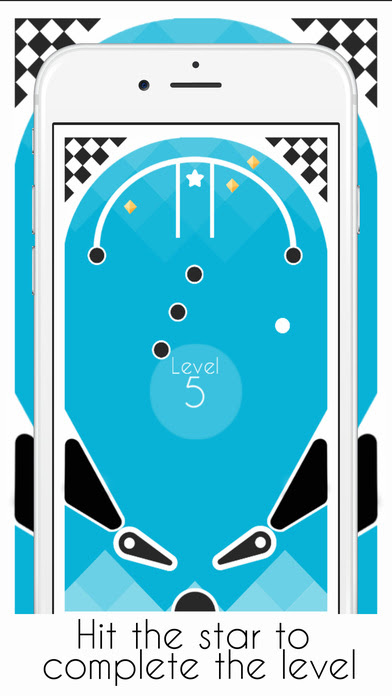 Pinball Star comes from Adam Rogan. The object is to hit the white dot (see 2nd image). The black dots are bumpers. 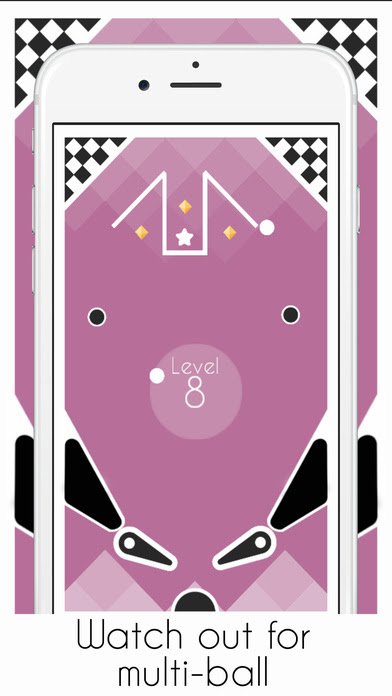 I played the first mode: solving 49 levels.  The second mode: shooting hoops is harder. I have not played the Endless mode.
https://itunes.apple.com/us/app/pinball-star/id1211198338?mt=8

Other Pinball Apps
Pinball Sniper
Pinout!
Posted by Tom Cutrofello at 11:11 AM No comments:

About 10 years ago I reviewed Fox Mind's Meta-Forms puzzle for Games Magazine. There is a similar game from ThinkFun known as Chocolate Fix. They are both logic games where the object is to place the colored shapes onto a 3x3 board with some clues thrown in.

Smart Cookies is the sequel to Meta-Forms.  The objectives are the same. However, the clues have become more sophisticated.

There are 64 levels.  I cruised through the first 32 in about 1 hour.  The next 18 were troublesome.  At times I thought: something's wrong or I need more clues.

The last 14 levels were even more difficult. Seems like 6 clues is just not enough! I was placing coins on the clues that I thought I was done with. Unfortunately, I had to start from scratch. But I persevered with every last one. Except for #64. I'm still working on that.

The very last level has many clues....but they're all about the color blue. Having completed 1-63, I was suddenly overwhelmed on 64.

Did I mention that the playing pieces are thick and bring on a certain food craving? They feel more like rubber than plastic.

Cubicks Free comes from Marcelo Pars. The object is get tap on the gray cubes and create a Latin Square on each fact.  That is: each row and column must have 1 red, 1 yellow, 1 green and 1 blue.

There are 1000 levels split into Easy, Medium, Hard and Evil.

The graphics are outstanding. There are little cracks between each square and if you maneuver the cube just right, you'll see the colors on the opposite fact.

The Easy levels aren't so easy.  Took me a few tries to get the hang of them.

Things to change.
1. Instead of 1000 levels, there should be 100.  At the most: 200.
2. Instead of the program randomly choosing a level, the user should see a map of which puzzles have already been done and choose accordingly.

Those are minor complaints.  Cubicks Free is great.

Akari 3D is not the same as Cubicks Free. But it also has an outstanding cube interface.
Posted by Tom Cutrofello at 2:26 PM No comments:

Interview with a Toy Designer

This guy has a fun job!

https://www.fatbraintoys.com/play/2017/3/3/delving_into_the_details_of_toy_design.cfm
Posted by Tom Cutrofello at 3:19 PM No comments:

Trail Puzzle Game By Ionut Panescu. His description:
Create your own trails through the maze, over walls and around obstacles. Sometimes you need to be patient, sometimes you have to be fast! Oh, and stay out of the turrets' way ! "Trail was inspired by simplicity. Minimal design, basic mechanisms combined with ingenuity. We wanted a creative game experience, that can be challenging but at the same time offer limitless solutions at any level".

Tom's thoughts: the objective is to trace a path through all of the blue lines just once.  On some levels, when you get 'stuck', you can 'swap heads', with your tail.

It's a bit similar to the Impossible Puzzle Game,  It's all graph theory. As long as you know it, these puzzles go pretty fast.

Posted by Tom Cutrofello at 3:15 PM No comments:

The object in 9 Moves: Ball game - Move balls in 60 seconds is to shoot the colored balls, one at a time to the right, while avoiding the missiles from the red triangles. 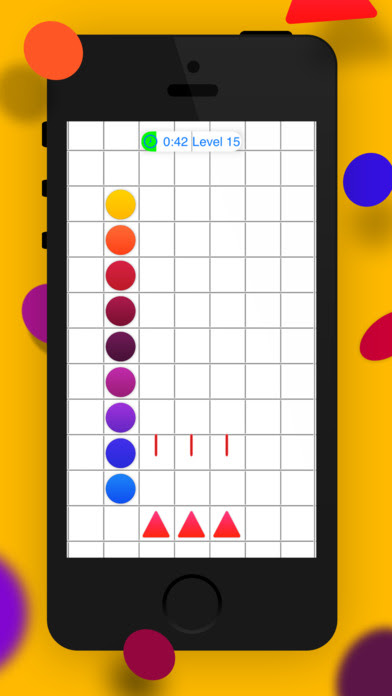 Moonball Infinity
Posted by Tom Cutrofello at 3:11 PM No comments: 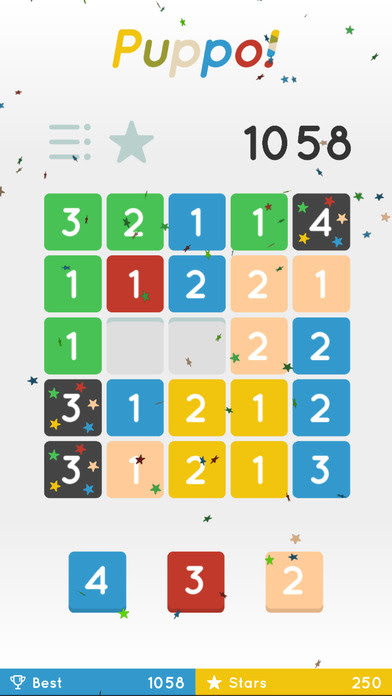 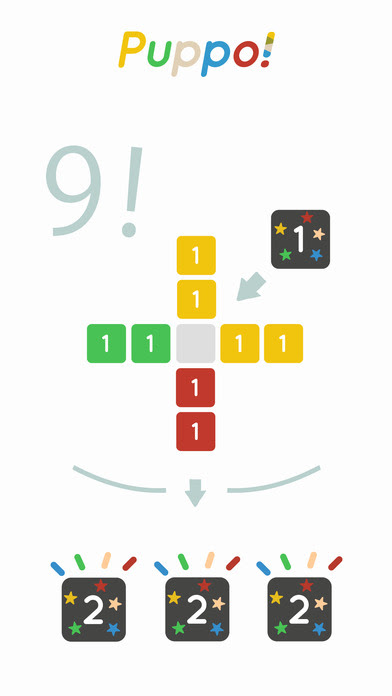 The object of Puppo! is to score points by placing three yellow 1's in a row. It will turn into a single yellow 2.  At first I thought: oh, this is like Merged! and a slew of other games.  Yes and no.

The big difference is that when you get that single yellow 2, it comes off the board and you can place it anywhere you like.  Another difference - the numbers with stars on them that act as wild cards.

This is a very interesting point-scoring puzzle app game. My high score is 18,000 which places me in the top 50 out of 2000 players.

They key to scoring high in this game is to get combos as seen in the second image.  Also, it's possible to buy 'stars' which will turn some of your regular tiles into wild cards. Of course, that could explain how somebody got a score of 55,000. 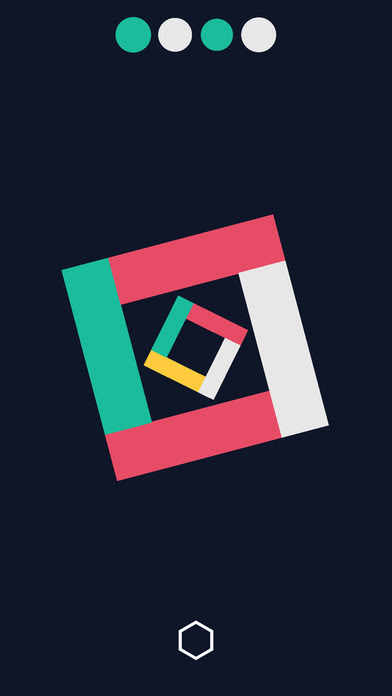 The objective is to draw a straight line  so that when the line crosses through the figures, the sequence of colors matches the one at the top of the screen.

Look at the second image.  See the squares? Each square is spinning, so your timing is as important as your aim.

Look at the last image. The circles stay in place, but the grow and shrink.

Connect The Cubes came out a few weeks ago and is one of those 'Your Man must pass over every cell' games. We've played and solved thousands of these. 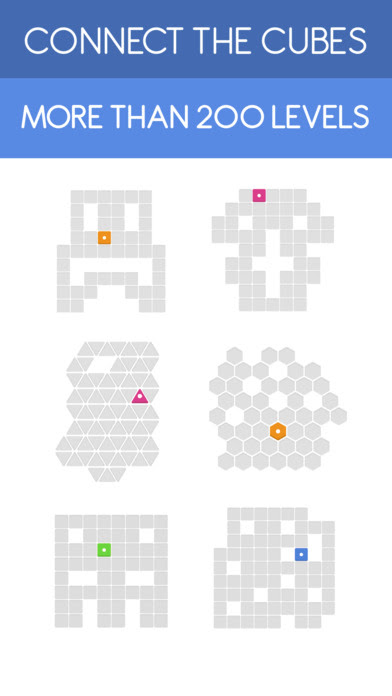 What's interesting:
1. Some boards have triangular and hexagonal cells.
2. According to the Leaderboard, there are over 25,000 players.
3. This game is far too easy.  The 'Very Hard' levels are still very easy, they just have larger grids.

You're better off playing one of the games listed below.  On the other hand, if you want something fast and easy, you can do these 200 levels in about 1 hour.  Novice puzzlers would also like this. 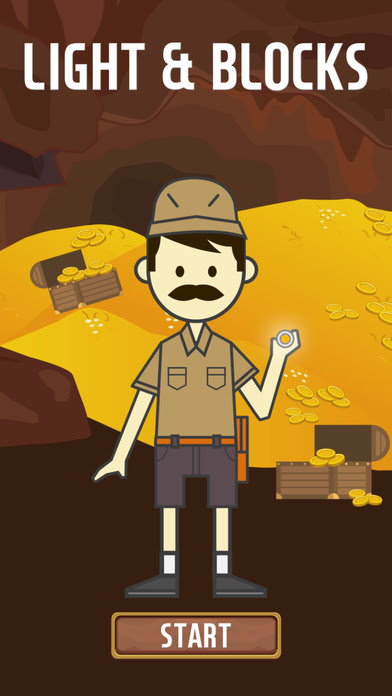 Tomb Light looks a lot like the game Lazors from 4 years ago.  That was great.  The object is to move the squares around so that the light will hit the circles.

This is a good game. No idea how many levels there are. At the moment, I'm stuck at 40.


Posted by Tom Cutrofello at 11:27 AM No comments: