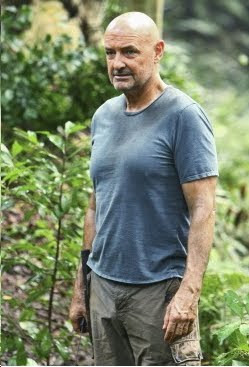 At the International Puzzle Party (IPP 29) in San Francisco, I was surprised that so many puzzlers did not watch LOST. I did have an hour long conversation with Bill Darrah about our theories of LOST.

Issue: How many times has John Locke been killed?
1. His father threw him out of an office tower window. (Coincidentally, Hurley was on a lower floor meeting with his lawyer and saw the body go past that window.)

2. Hunting wild boar on the island with Michael and Kate, the smoke monster approaches. Nobody sees it attack Locke, but Kate tells Jack - the thing got Locke. Jack then sees his father run into the bush, he runs after and encounters....Locke

3. Ben shoots Locke and he falls into the mass grave of the Dharma Initiative. Locke mysteriously shows up later as if nothing had happened.

4. Locke is strangled by Ben.

My prediction: Walt will throw a knife into Locke's back to kill him again. But he probably won't stay dead.

To the hundreds of puzzlers who have been sending me emails, keep 'em coming!
Posted by Tom Cutrofello at 2:10 PM