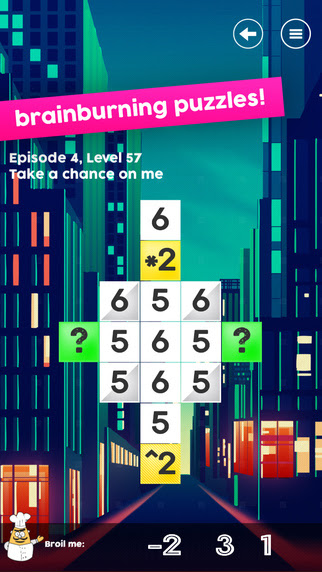 The objective is to combine adjacent tiles to form the numbers at the bottom. The game essentially is about Order of Operations - typically a math concept that's taught to 7th graders here in the U.S.


Very Important: When any number is placed on an odd number - the two #s will get added.


When any number is placed on an even number - the even # is subtracted.


Look at the second image.  See the question mark? Whatever number is placed on that, will get cloned.


Some levels have numbers that alternate between being positive & negative.


See the bombs in the third image? I don't know how they work, haven't gotten that far yet!