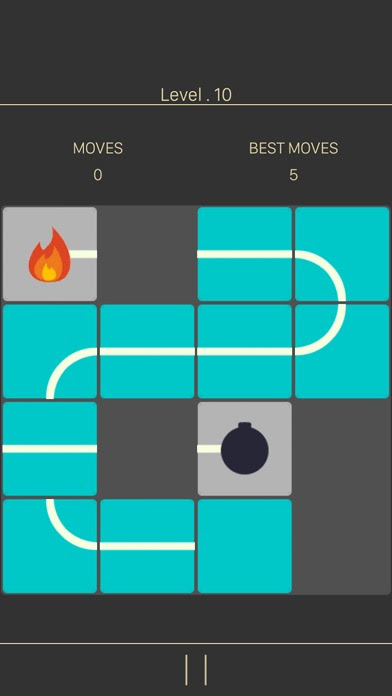 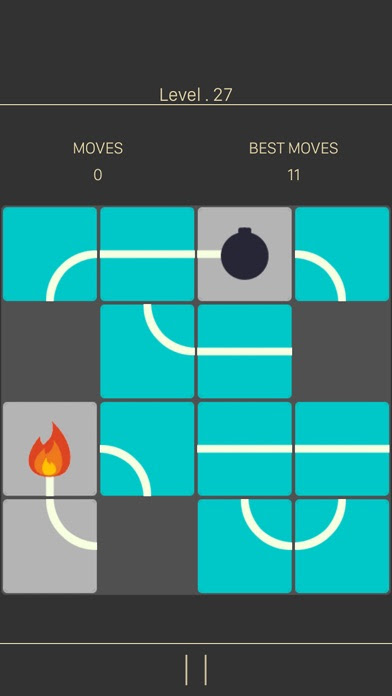 Unblock Bomb comes from Kejia Li who also made Puzzle Dots Game which I reviewed recently.

The gray squares are fixed. The object is to move the blue squares to complete the circuit.

I've solved about 40 levels. I was hoping the game would get more interesting or difficult.  It did not.  This game is strictly for kids.

What could be done to make this better.
1. Change the colors every so often.
2. I solved some levels in fewer moves than the  supposed minimum.
3. Don't allow more moves than necessary.
4. How about an explosion after each level is solved.
5. I didn't listen to the music, but a good selection would be the theme from Mission Impossible.
6. All the blue squares are 1x1. Maybe some pieces could be 1x2