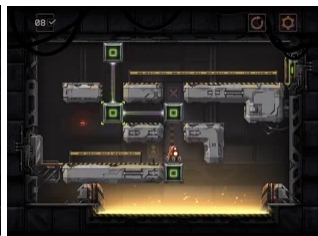 Unit 404 comes from Maxim Urusov. Whenever Maxim publishes a game - you know it's going to be hard. Scroll to the bottom to see his other games. 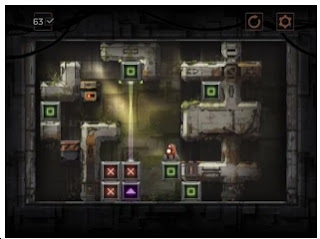 The object is to get Your Man, the robot, to the destination.  The basic function is for the robot to walk onto a square. That square will be zoomed along a horizontal or vertical axis if there's another square on that axis.  Very similar to Luma Link from 2012, which is also fantastic. 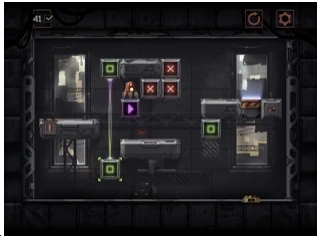 Unit 404 adds a slew of elements to make things even harder. There's the purple arrow square which always advances one unit after it has been zoomed. 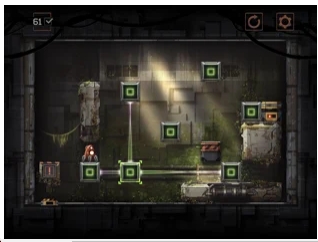 Not shown in these 5 images: one type of square grabs all the surrounding squares in a 3x3 grid and rotates them. 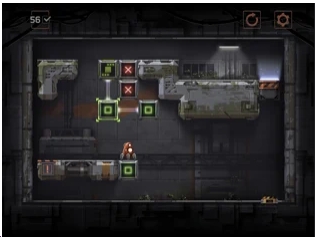 I've solved about 60% of the levels. That's about 4 hours of entertainment for just $3. A bargain. On many levels, I probably had 20 attempts.
One very interesting feature: the robot will want to travel either right to left or left to right. Sometimes, changing his direction is part of the puzzle.
Unit 404 is a gem. There should be a Leader Board feature in order to see if/who has solved them all.