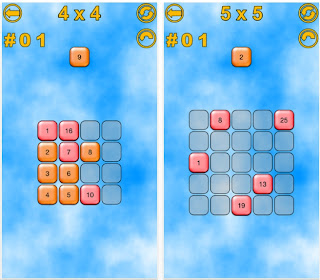 You are given numbered red squares - already fixed in the grid. Your task is to till the missing numbers so that there is a snake pattern from start to finish.  By the way, the word Chemin means road in French. 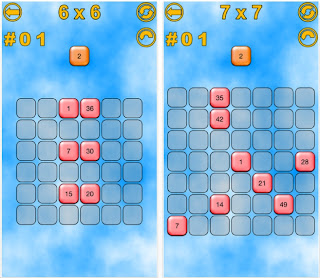 The concept is not new. Marilyn vos Savant, supposedly the smartest person in the world, calls her version Numbrix. So I've been doing these for ages.

Enrique Brandariz tells me that he's working on more levels and there will be an ipad version.

Did I mention that Chemin is free? Download this right away.
Posted by Tom Cutrofello at 8:29 AM