Six Logic: Use Your Brain! 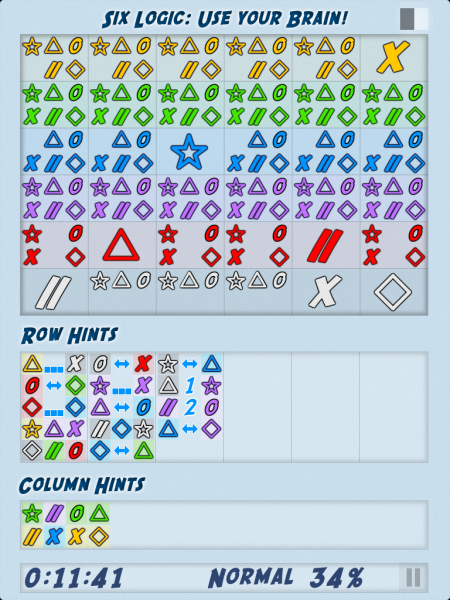 Loyal Blog Follower David Cole steered me to Six Logic: Use Your Brain! It's a pictorial logic puzzle. The object is to sort through the Row Hints and the Column Hints to determine which figure is in which cell. 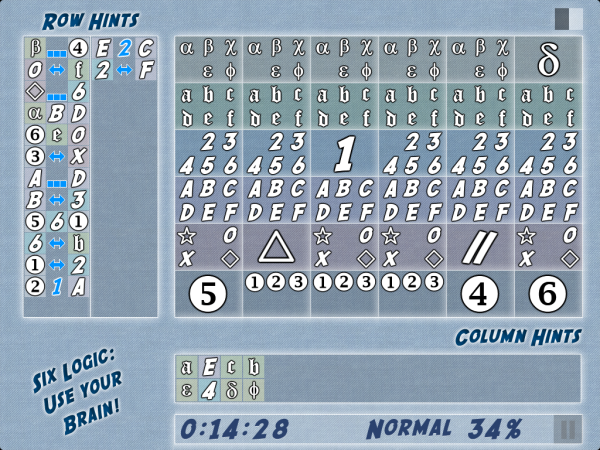 There are 3 levels of difficulty.  The easy ones are good to start with to understand how the hints are written.  I've done a dozen of the 'normal' puzzles and they took between 9 minutes and 45 minutes. The 45 minute game may have been shorter because - after making a mistake, a time penalty is added.


I think puzzles are generated randomly.  Also, at the end of one game, I noticed that there were 2 possibilities for the final 2 cells. But there should be a unique solution for each puzzle. That's okay.

Six Logic: Use Your Brain! was originally published in December 2009. It's been updated a bunch of times, most recently in September 2014.