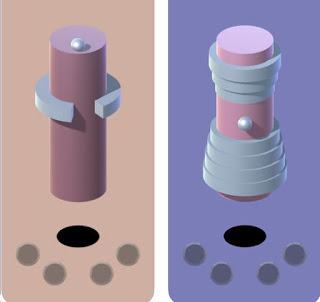 David Ferriz recently contacted me about his new puzzle game Kolumno. It's a dexterity game.  The object is to get the ball to roll down as the column spins.  There will be gaps for the ball to pass through.  It's all about timing. 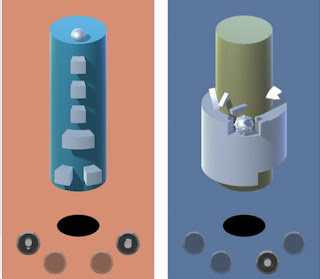 From David: This game will also test the player’s reflexes by using special abilities that will let you: stop in mid-air, fall rapidly, shrink or break the rings.
At the beginning, Kolumno was born as a remake of our classic Zyl (a game played by millions of people in its Flash version at the start of this decade), but during the development we decided to include new abilities that have finally turned Kolumno in something absolutely different, preserving the elegant initial concept and providing a much more complex and elaborate challenge.

I remember playing Zyl a while ago. Hard!  I was impatient.  Kolumno is much the same.
https://itunes.apple.com/us/app/id1440050196
https://www.devilishgames.com/en/about/
Android: https://play.google.com/store/apps/details?id=com.devilishgames.kolumno
Posted by Tom Cutrofello at 1:55 PM