Clever Frog Puzzle comes from Parves Miah. The frog must land on every lily pad just once.  The frog can only travel forward, left and right.  The frog may not jump over any lily pad.  This is NOT a peg jumping game. The frog may leap over any amount of water though. 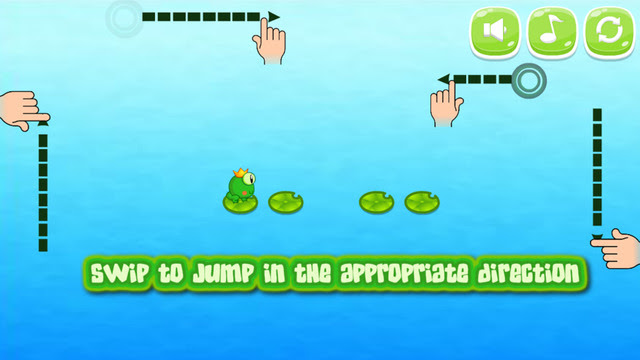 There is another version of this puzzle by Hien Le. His game is called Clever Frog! Identical puzzles.

The version by Hien Le stopped working at level 27.  The lily pads on 27 happen to be in the shape of the reversed image of the Nazi logo. Not exactly Kosher.


On Parves Miah's version that Nazi shape was level 25. His game bombards you with ads.


The puzzles are small, at a good level of difficulty.  But neither game is worth keeping.
https://itunes.apple.com/us/app/clever-frog-puzzle/id886790374?mt=8
Posted by Tom Cutrofello at 10:40 AM