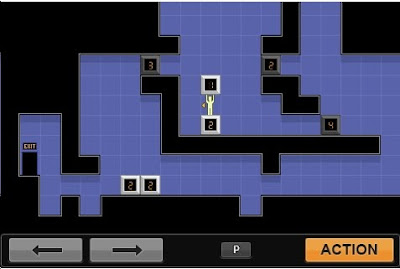 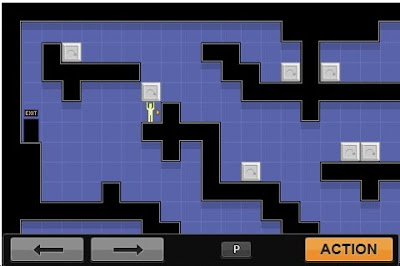 Blockman is one of the best iphone puzzle apps of 2011. Trung Trang is responsible! "It's a remake of a similar game called BlockDude I used to play on my TI-83 Calculator." Brandon Sterner wrote the original puzzles for BlockDude.

The object is to move your man to the exit. He may lift blocks. Notice the first image: the blocks have numbers. The number indicates how many times that block can be lifted and moved. Another series of levels has blocks that can only be pushed

80 levels for .99 I have already spent 2 hours on this app and have solved 15 levels. Well worth the money!
Posted by Tom Cutrofello at 8:22 AM