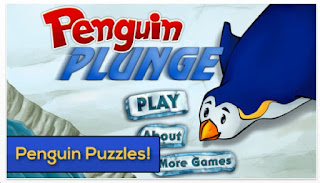 Penguin Plunge: Stuck in Antarctica is exactly like Lunar Lockout from ThinkFun.
ThinkFun has been getting ripped off too many times. Too often, somebody comes out with a version of Rush Hour.

This is the second ripoff of Lunar Lockout.

Nob Yoshigahara was the creative force behind Lunar Lockout.  I recall sitting on the side during an International Puzzle Party in Tokyo and he was performing a magic trick. He told me that it was 'so simple'. But I don't think anybody could figure it out.  He was a character. 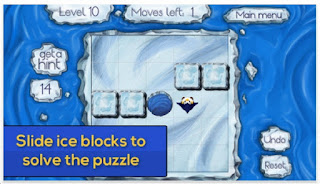