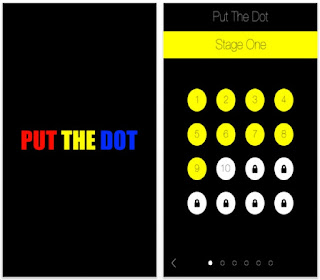 Put the Dot is a puzzle app that I do not want to play. And yet, I've played it for a couple of hours.

The object is to put 1 dot on the board. It will explode, like a bomb from the old video game Missile Command. Whatever dots crash into it, will also explode. 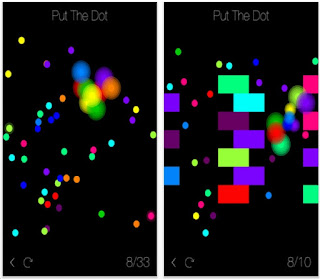 I've gone through the first 68 or so levels.  Some levels are quite easy, others are super hard. Some levels require you to actually think.  On other levels, it's mostly luck. Although, when you're successful, you may convince yourself that it was all logic, when it was 15% logic.

The program did crash once. I think it occurred when it switched to an ad and I rapidly tried to close that window. Still, I do recommend that you try this. The concept is not new. But the implementation is very good.

Posted by Tom Cutrofello at 6:11 AM