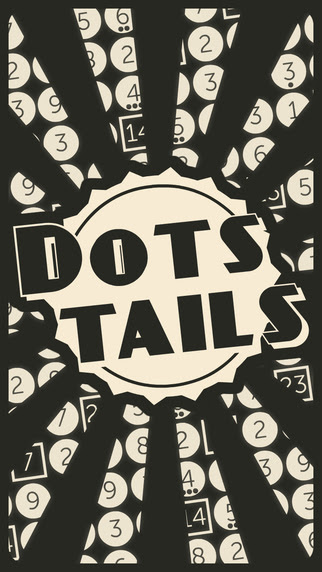 Andrew Kyznetsov is the author of Dots Tails. His description: 'Dots Tails - is a puzzle game, an intergalactic time accelerator, with the goal of helping Captain Square gather his tails!

Somewhere in the far far galaxy, Captain Square was waging war against the triangle invaders. In one of the heavy battles his ship was seriously damaged, but the captain’s own spirit was not broken; he understood that he had to retreat, or he would be captured by the hated triangles. An intergalactic jump ship was launched. But something went wrong. The computer set a route right through a giant quasar. When the captain found himself in it, he noticed that he had turned into a huge string of dots, and his intellect had ceased to be a single whole, the whole world consisted of his past, present, and future woven together. In order to escape from this trap, he must gather himself together piece by piece. With his last smidgen of strength he calls on you for help!' 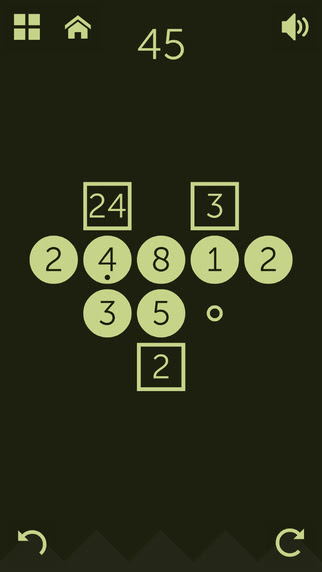 Each squared number must travel over the circled numbers to get to zero.  Look at the 2nd image.  See the 6? It's going down, then to the right. The 5 is going to the right and then snake up & to the left. The 3 at the bottom is going straight up.
As you pass over a circle, that circle will disappear, unless the circle has a dot or 2 dots underneath. Each dot represents an extra life for that circle.
There are approximately 200 levels & I'm stuck on 98.
Dots Tails is a good puzzle app. But I'm moving on to other puzzle apps.
https://itunes.apple.com/us/app/dots-tails/id975308362?mt=8
Posted by Tom Cutrofello at 12:40 PM