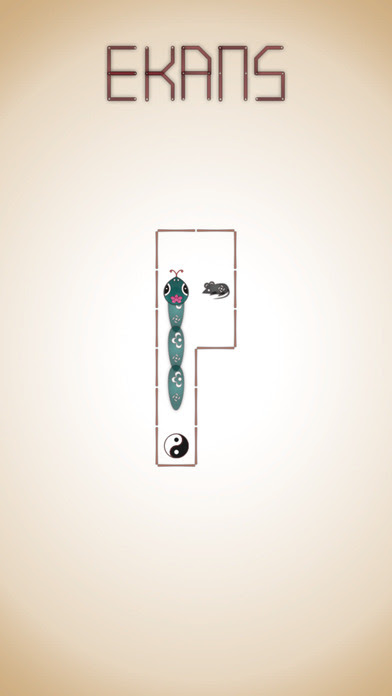 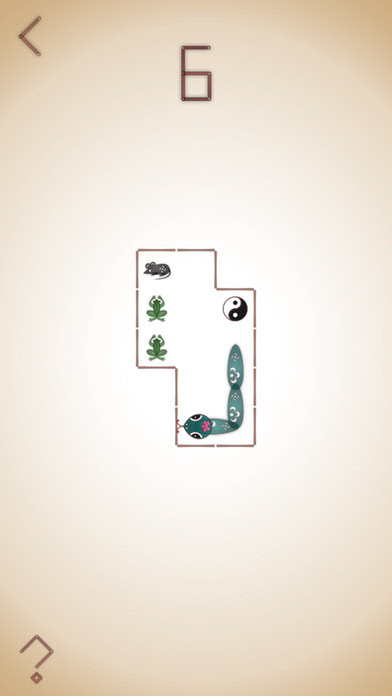 SnakekanS comes from Yuansheng Xu. It's an unusual snake game.  The object is for the snake to eat all the animals, and then get to the yin/yang exit. 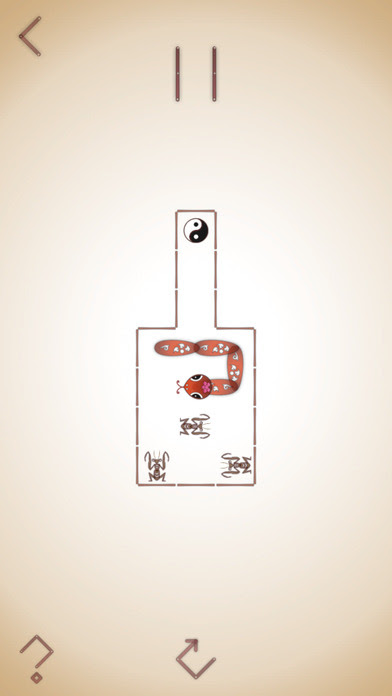 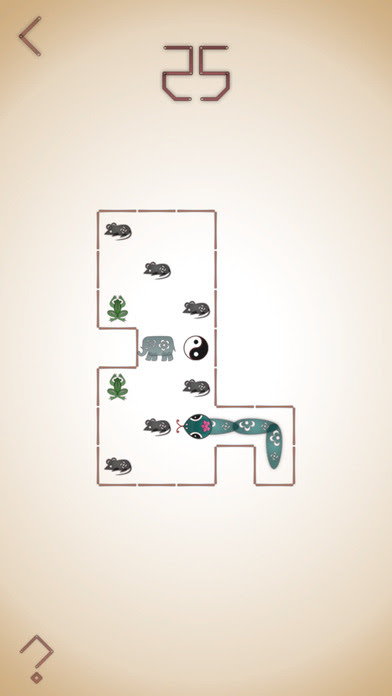 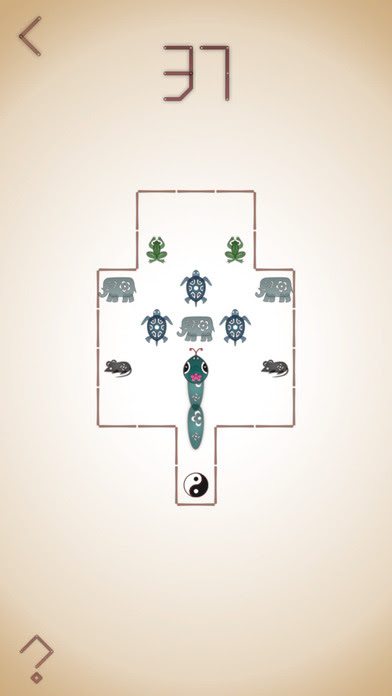 There are 50 levels and at the moment I've been stuck on level 36 for about 10 days. There's a hint button (bottom left corner) that indicates which 5 or 6 items to eat first, but not the precise sequence. I'm a little annoyed that I can't just skip 36 and move on to the rest of the game.

There's an inconsistent rule that's been bothering me. When the snake eats an item, its head grows and the tail does not move. If the snake eats a turtle and it ends up coinciding with the end of the snake's tail, the snake dies.  So here's the part that bother's me: why should the snake die, with a turtle at its end tail, if there's food to be eaten next to the head? This is especially annoying when there's a frog next to the head which would then place the turtle in a good position on the snake.