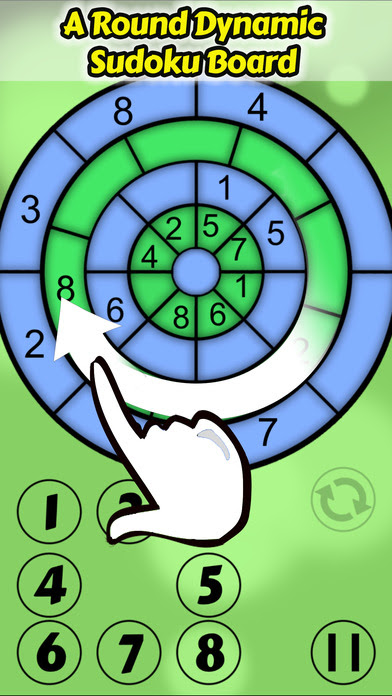 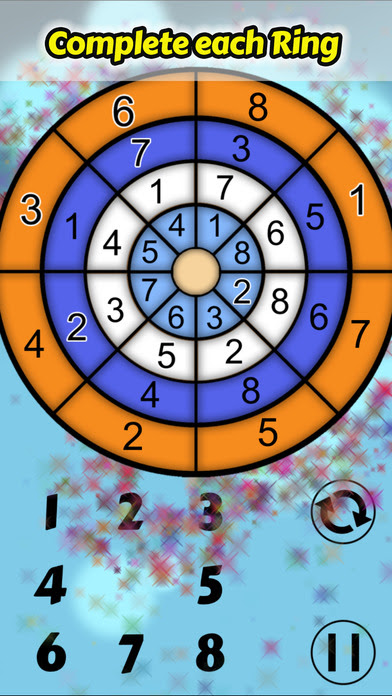 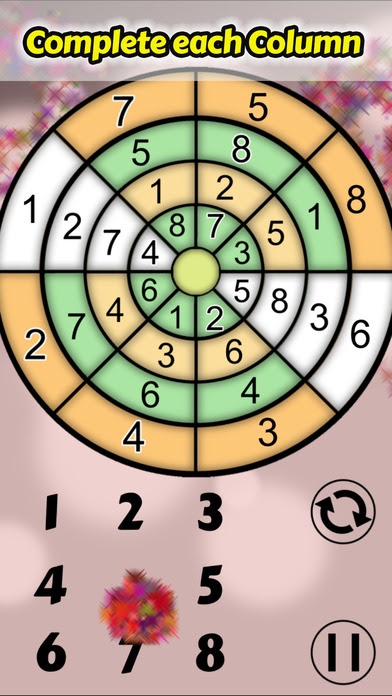 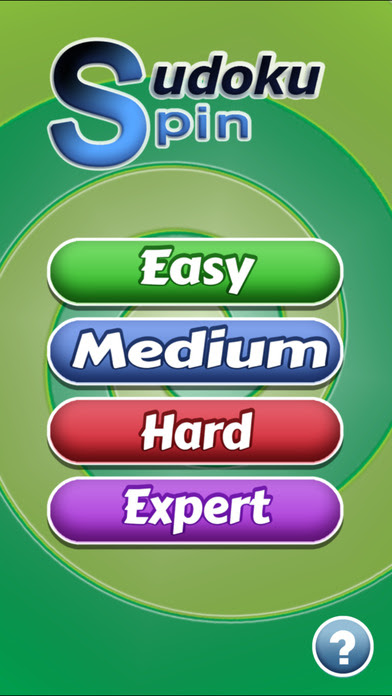 The object is to get each ring and each sector (see the third image) to get the numbers 1-8.

Critical: each ring can spin. By my calculations, there are 64 permutations of arranging just the rings. Fortunately, if there is a conflict, it's highlighted in red.

I've tackled about 20 of the easy levels.

Numerous times: I've rotated the rings, then started filling in the grid, only to discover that my rings were wrong. Back to square one. Still, I wonder if there are multiple solutions in terms of ring rotation.

In a regular sudoku grid, every single square must be one and only a distinct number.  That's not the case with Sudoku Spin. If a sector is missing only a 3 and a 7, and they both land on the same ring, then the order is not important.

Other Innovative Sudoku Puzzle AppsKropk'i Sudoku  This is really a Latin Square with a couple of innovative ideas. It plays fast.Quindoku Same as Logi5PuzzLogi5Puzz  Same as NumDom. But NumDom has larger grid sizes.Spindoku is totally different, but still very cool.Hi-Lo Sudoku is one of my favorite variations.Cryptdoku I played it so long ago, but it's cool. Long gone from the App Store.Stimko Gold - outstanding version of squiggly Sudoku.  Handcrafted puzzles.Kakooma - interesting for about 3 levelsRollDoku - never even solved 1 level, so hardCohabit- played this on my ipod touch - before ipad was inventedFlowDoKu - one of my favorites. Will not delete this.Sudoku Mine combines Sudoku with MinesweeperSudoku Killer  combines Sudoku with Kakuro. I've spent a lot of time on this one. I can do the easy levels in about 10 minutes.3Doku - a cubic version of SudokuPokergreen Puzzles - a poker version of SudokuStar Sudoku
Sudoku Maze
Posted by Tom Cutrofello at 10:18 AM