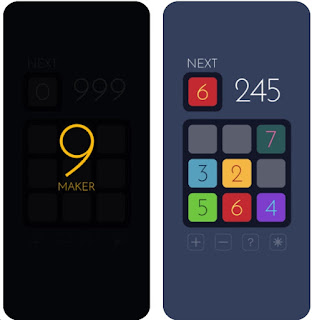 9 Maker comes from Cho KwangHyeon. It's a point scoring puzzle game. The object is to place the random numbers into the grid to make sums of 9 or to make 3 of the same number in a row/column/diagonal. 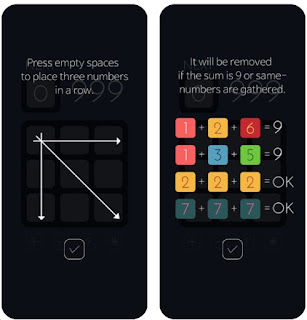