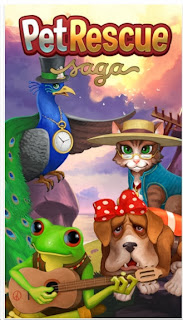 Pet Rescue Saga comes from the makers of Candy Crush Saga. Candy Crush has become a mega monster hit. Previously, I stated that I would delete it. But I still have not. I'm on level 112. 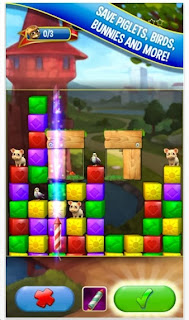 Pet Rescue Saga is based on an old concept. I don't think it's particularly good. However, I saw an advertisement last weekend during Saturday Night Live. Has there ever been another tv commercial for a puzzle app game?

Getting back to Candy Crush: every day I see people on the subways playing it. I've been asking them what level they're on. Then I ask if it's taken over their life.

Candy Crush & Pet Rescue both are legitimate puzzle app games. However, there is an element of luck which can be annoying. Also, both games have timers which forbid you from playing very long. Unless of course you pay. Or change the date and time forward on your iphone or ipad.

Posted by Tom Cutrofello at 8:15 AM