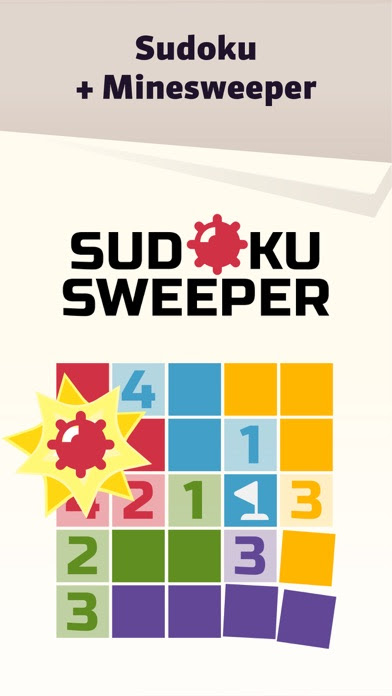 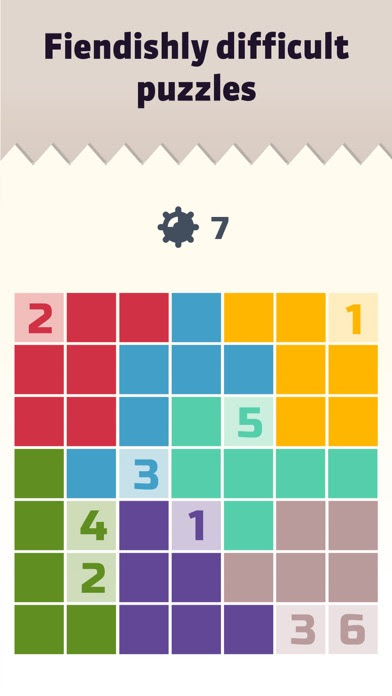 Loyal Blog Follower David Cole alerted me to Sudoku Sweeper by Edward Biden.  The concept is very similar to Squiggly Sudoku where non-rectangular regions all have the same numbers. 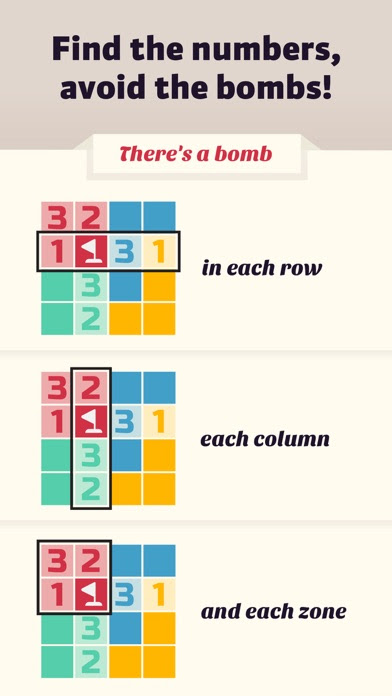 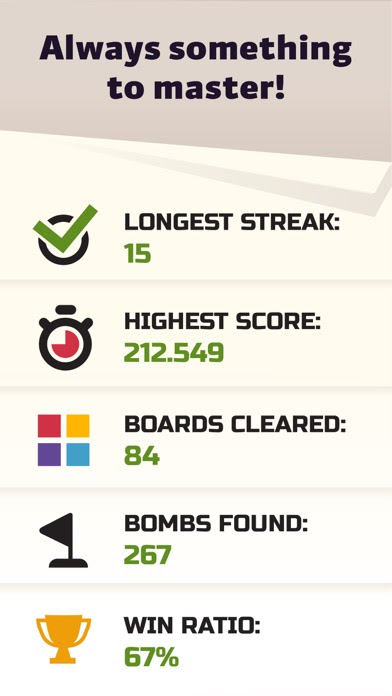 The key difference is that in this game, each region, row & column must also have 1 bomb.

Sudoku Sweeper has a lot going for it.  What I don't like is that there is an endless # of puzzles. I would prefer to be given a fixed number so I can have that sense of 'I've done them all.'

The Challenge Mode is my favorite.  The goal is to solve a series of grids as rapidly as possible. The sequence for that is four 4x4s, five 5x5s, six 6x6s and seven 7x7s.  Each level is randomly generated. The amount of time is gradually decreased. Oh the pressure!  I've done the challenge at least 50 times and positively love it.  But I've only completed all 22 grids just once. Because time was ticking, I did have to guess, fortunately, correctly.  My high score is 63,000.

Twin Beams, is an old game from Nicola Salmoria. It's similar to Sudoku Sweeper. Unfortunately, it's no longer available.

Other Innovative Sudoku Puzzle Apps
Kropk'i Sudoku  This is really a Latin Square with a couple of innovative ideas. It plays fast.
Quindoku Same as Logi5Puzz
Logi5Puzz  Same as NumDom. But NumDom has larger grid sizes.
Spindoku is totally different, but still very cool.
Hi-Lo Sudoku is one of my favorite variations.
Cryptdoku I played it so long ago, but it's cool. Long gone from the App Store.
Stimko Gold - outstanding version of squiggly Sudoku.  Handcrafted puzzles.
Kakooma - interesting for about 3 levels
RollDoku - never even solved 1 level, so hard
Cohabit- played this on my ipod touch - before ipad was invented
FlowDoKu - one of my favorites. Will not delete this.
Sudoku Mine combines Sudoku with Minesweeper
Sudoku Killer  combines Sudoku with Kakuro. I've spent a lot of time on this one. I can do the easy levels in about 10 minutes.
3Doku - a cubic version of Sudoku
Pokergreen Puzzles - a poker version of Sudoku
Star Sudoku
Sudoku Maze
Sudoku Spin
Posted by Tom Cutrofello at 9:07 AM